The woman who could make us laugh until we wet our pants, died eighteen years ago on April 22nd, and life for most of us has been a little less hilarious since then.

​If you're under the age of oh, maybe forty, you might not recognize the name Erma Bombeck (and who could forget a name like that?) ​If you aren’t familiar with her writing, do yourself a favor, go pick up a copy of her book, Forever Erma.  It will make you laugh, cry, think, relate, and look at the world in a whole new way.  It is a perfect collection of her many newspaper columns spanning more than thirty years.

​I grew up with our fridge plastered with cutout articles from Erma's weekly newspaper columns.  She kept my mother somewhat sane, along with most of the other mothers in the world.  And she died way too young, at sixty-nine.

Erma was an imperfect mother—something every mother is; only Erma was brave enough to admit it to the world in her witty, relatable way. Erma was your typical “housewife” in the late 1950’s, starting a family, relinquishing her career as a journalist, and focusing all her time and energy on her three young children and husband.

When she reentered the writing world, Erma’s weekly columns were eventually published by 900 newspapers in the U.S. and Canada.  And her books were as touching (I Want to Grow Hair… a book about children with cancer), as they were humorous (The Grass is Always Greener Over the Septic Tank.)

She was an inspiration to so many, for so many different reasons.  For me, reading that Erma failed most of her literary assignments and was rejected for her college newspaper, I realized if she’d have let that be the end of her writing career—the world would’ve enjoyed a lot less laughter.

I could list so many great Erma quotes, but I’ll end with one of her weekly columns that has graced my parent’s fridge for more than thirty years.

The column is titled “The Listener” from February 26, 1977, and is about an elderly woman trying to strike up a conversation with Erma while waiting to board a flight to Chicago.  Erma writes how exhausted she was---all she wanted was to relax and just read her book.  But the woman kept talking, Erma kept mindlessly nodding… until the elderly woman says “My husband’s body is on this plane.  We were married fifty-three years…”

Erma writes:  “I don’t think I have ever detested myself more than I did at that moment.  Another human being was screaming to be heard and in desperation had turned to a cold stranger who was more interested in a novel than the real-life drama at her elbow.  All she needed was a listener.  No advice, wisdom… just a minute or two for someone to listen.  It seems rather incongruous that in a society of super-sophisticated communication (this was in 1977!) we often suffer from a shortage of listeners.”

So, in honor of Erma, let’s all put our phones down, spend a little less time on social networking, and LISTEN to the person next to us – whether it is our spouse, our child, a neighbor, a stranger.

Erma would be so proud of us.
Do you have a favorite Erma quote or column?  What is it? 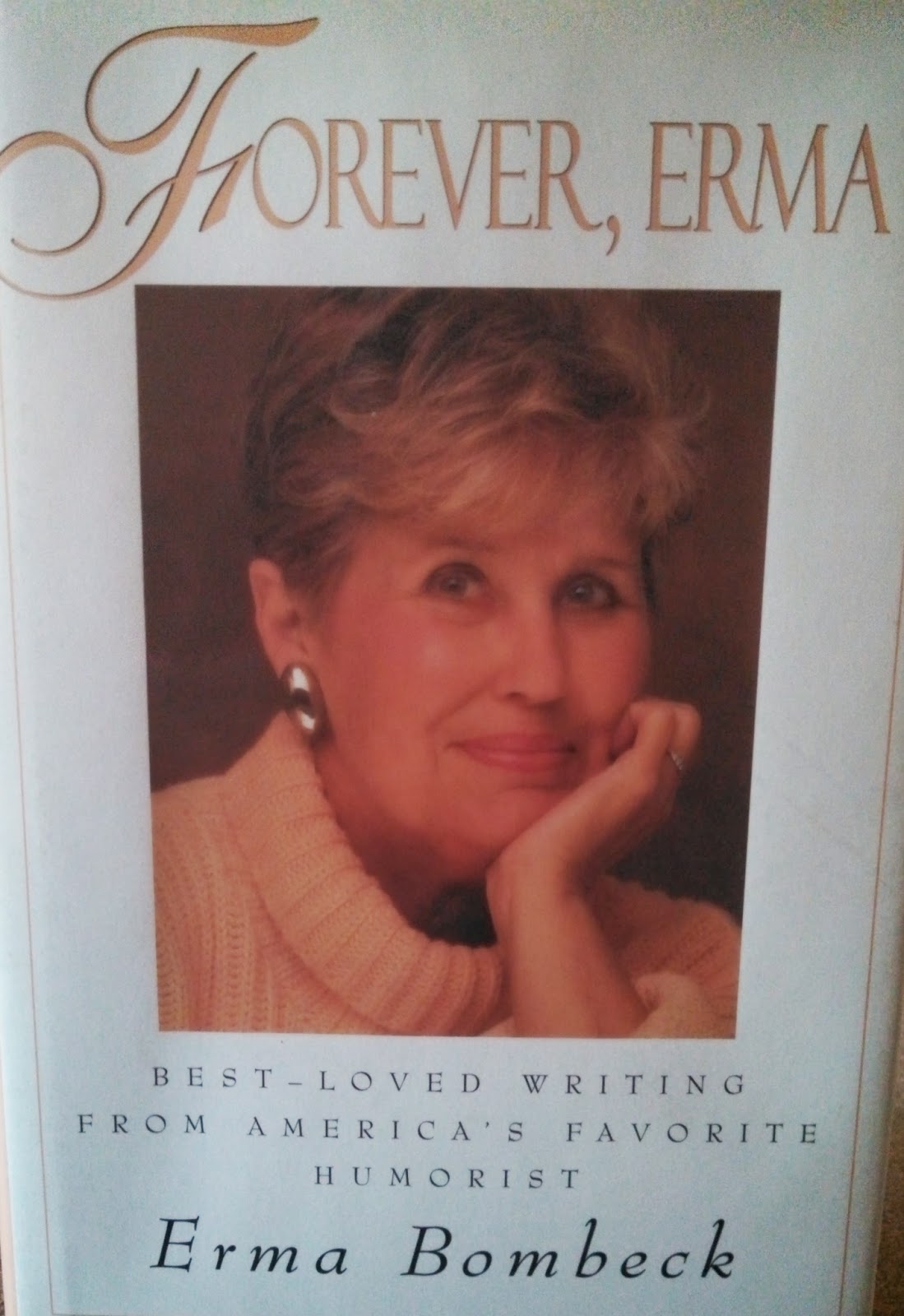